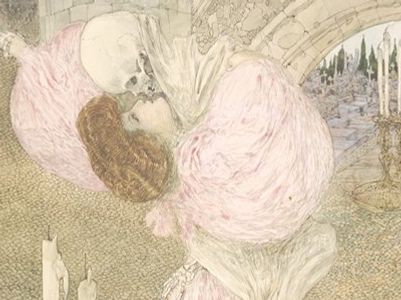 November 17, 2019 – this day may not be remembered for long. It’s the day when the first Corona virus patient was identified in Wuhan in China. So far as the records go, a 57-year-old female shrimp seller in China's Wuhan city, the originating point of the Corona virus pandemic, was identified as one of the first victims of the virus, which has claimed nearly two hundred and thirty thousand lives around the world and still counting.

Fortunately for “patient zero”, she made a full recovery in January 2020 after a prolonged treatment. She was relieved that she came out alive from the virus attack, but felt the Chinese government could have checked the spread of the disease by acting sooner.

In retrospect that would seem right. Also had the Italian government and more importantly its people anticipated the severity of the virus, would so many Italians have died? The same goes for Spain, USA, UK, Germany and other parts of the Western world.

The severity of the infection so far has appeared to be somewhat less in the Asian or the African countries. Medical experts and analysts have yet to have the right answers.

Does the answer lie in poverty, living conditions or sanitary habits? Could a combination of such factors help people develop more anti-bodies in their system? The poor are perhaps more exposed to different diseases right because of unhygienic living conditions. So may be their bodies develop immunity against many such invisible attacks.

The total deaths across the globe are nearing two hundred and fifty thousand. Nearly 70 per cent of these have occurred in just five countries, namely USA, Spain, Italy, UK and France. A little over 56 per cent of the total number of cases including the deaths is accounted for by the same five countries. In comparison, in India so far, a little less than 40,000 people are affected, deaths accounting for below 3 per cent of the identified cases.

Corona is of course not yet done with. With people across the globe getting impatient from prolonged periods of lock down, governments the world over may be compelled to start lifting the lock downs in a gradual manner. Also the consequences an enervated economy is forcing such decisions. Once public transport systems open up, irrespective of the social distancing norms in place, the virus will find its way in to more individuals. That it enters host bodies stealthily and unsuspectingly, the chances of the pandemic to race quickly to unaffected parts are very real.

None yet knows how the virus is shaping up in different parts of the world or the manner in which it is mutating. Some of the recent results of investigation being carried out across countries reveal that it has indeed mutated fast. This also means developing a potent vaccine to simultaneously combat the virus in all parts of the world will prove to be a greater challenge than being envisaged at the moment.

The writing is on the wall. The virus has come to stay at least for a few years. And considering the pace at which it has travelled across the world, it will not surprise many if more than 50 per cent of the global population gets infected with the Corona virus in the next two to three years. And if deaths remain at the current rate of about 7 per cent of the detected infected cases, then we may be looking at a staggering number at the end of the two years.