Is Nature Reclaiming Itself? 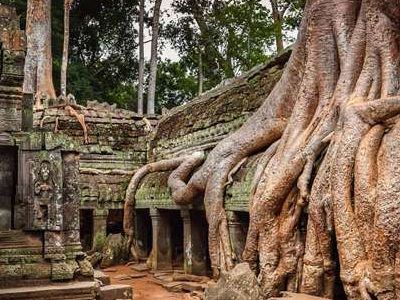 Hi! I am Nature’s messenger. The human beings have given me a fancy name – novel corona virus 2019. The prefix ‘novel’ is obviously because they are still quite confused. And when the human species fails to understand something, it tends to call it a new experience. In that sense, I am ‘novel’.

But am I ‘noble’? Does that adjective suit me? I am sure no one will ever want to give me that epithet. Much of the editorial in recent times devoted to me often describes me as the ‘killer disease’ or the ‘killer virus’. And yet, some others have described me as not having the fire power to destroy very large numbers. In fact, I am likened to a coward. I am capable of killing only the old and helpless, and that too the ones who may already be dying, you know, like having underlying health conditions? That is what the medics are saying.

But one thing is for sure. I have put the fear of God in to the people on earth particularly all those who have thought little about destroying my mother relentlessly. And all in the name of development! So when the normal thing is happening in some ways, they are amazed!

The other day the social media was agog with comments and pictures of snow peaked mountains from Jalandhar in Punjab which is at least a couple of hundred miles away from Himachal Pradesh’s Dhauladhar Range in the Himalayas.

There are jaw dropping videos doing the rounds on internet and social media of giant whales seen close to the shores of Mumbai. The video in question, which is being widely circulated online, shows whales swimming in crystal clear waters and appears to have been filmed from a vessel. It is being shared with captions like "Whales spotted off Bombay High, ONGC oil rig. People are making comments like, “Nature is reclaiming its spaces."

There are other instances of wildlife invasion of urban space. Oops! My expression is almost human-like, isn’t it? Of course the human beings will call it ‘invasion’ of their space. After all they have built the cities and townships by claiming forests and forest lands. All natural minerals embedded inside the earth have been and are continually being taken out because human beings cannot live with iron and steel, cannot exist with aluminum, they cannot survive without coal, magnesium, zinc, copper. The list is long.

Coming to my record with death, secretly I have a feeling there is some kind of relief among the powers that be. You see, while there are definite attempts to block my progress or at least slow it down, all the economic slowdown that will result, at least till the time the human beings are not unable to lessen my impact on their lives, quietly they would be thanking me.

Just look at all the statistics doing the rounds today. Of the 3.34 million affected cases worldwide, nearly 250,000 have died. The highest casualty numbers are from USA, followed by Spain, Italy, UK and France. USA is predicting that I will consume as many as 240,000 Americans by the time I am done.

All the numbers so far are perhaps not a patch on one of my forefathers who had accounted for nearly 50 million almost 100 years back. For want of anything else, my forefather was called Spanish Flu, though it is still not clear from where he had started his travails. I, like some of my recent cousins took birth in China. Some in the world have even blamed me as China’s test tube baby. I am now fast gaining the notoriety of being developed into a chemical weapon in the hands of human beings. Well only time will tell whether in future I will grow inside laboratories!

Like I was saying, a vast majority of my victims are well over seventy years of age, many of who depend almost entirely on native states for their survival. In Europe, where my presence has been strongly felt have large aging populations. The elderly in Italy account for over 23 per cent of its total population. Portugal has 22 per cent, while 21 per cent of the population in Germany is attributed to the senior citizens. Japan, of course, is home to the highest numbers, 27 per cent. The current estimate of senior citizens across the world is 901 million, roughly 21 per cent of the total world population. In many of the developed countries, the elders are well looked after by the state, both in terms of economic well being as well as health.

These are huge expenditures incurred by states to maintain the elders. By the time, my presence is reduced to bare minimum or almost insignificant, the world would have lost at least 5 to 10 per cent of the older generation. That would be 45 to 90 million elders. The states where elder casualty is high would perhaps shed a few crocodile tears for the departed, but secretly they would be thanking me for saving them millions of dollars.

The final question of course, is will mankind learn something from me? Human beings have over the years held unending discussions on ecological degradation and the debilitating impact of industrial development on environment. Worldwide many initiatives have been adopted to protect the earth from environmental threats. Symposiums and seminars have brought a number of global leaders to the table to discuss how to fight climate change. The more initiated among thinkers are now no longer talking about change. They are convinced it no longer about a ‘change’ threat, it has now developed in to a full blown crisis.

I am still not sure, but could I be a manifestation of that crisis for which human beings and human beings alone are to blame? The other day I heard somewhere that there are more than 3 billion species of viruses embedded below the Arctic and Antarctic. The human beings fear that many of them could be deadlier than me. And if I have caused so much fear, perhaps the first in the past 100 years or so, the ones lying dormant and only waiting for the environment to degrade further before they unleash their might may cause greater fear and the humankind perhaps may have much more to answer for their deeds.