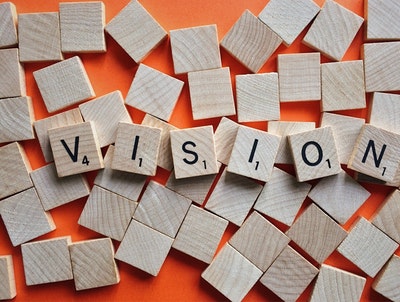 India is thought of as a “young country.” At present nearly 65 per cent of the population is estimated to be around the average age of 35.

Elders Population:
Over 100 million are seniors - the world’s second-largest 60+ population.

The State of Infrastructure:
The state of elderly infrastructure, to say the least, is of grave concern. Given the size of the population of elders, the services currently available are grossly inadequate. Massive investments are needed to improve care delivery for the elderly, who are living longer but with more health issues and severe loneliness.

Traditional Caregivers:
Traditionally, the old and the elderly are looked after by their own families. Primarily grown-up children and sometimes kind relatives look after those who are aged and helpless.

Current Scenario:
In recent years the scenario has drastically changed. With children moving out, often to away countries in search of better lives and emergence of more and more nuclear families, the elders are finding themselves increasingly left out and lonely.

The population of elderly persons (above 60 years) has increased substantially with most of them residing in villages, according to the ‘Elderly in India 2016’ Report by Ministry of Statistics and Programme Implementation.

Opportunity:
The situation has spawned a new opportunity. Several old age homes have sprouted across the country to offer support in terms of mostly day to day living. Of course, these come a price since much of it is understandably entrepreneurial, though often bereft of true compassion.

The upshot is that these facilities are available more to those who are reasonably affluent. In other words, the infrastructure that has got developed primarily in cities does not necessarily cater to those who do not have the financial strength to benefit from facilities that have come up.

Players in the Care Giving Sector:
A few professionals-led social enterprises have come up too and do appear to be making reasonable progress. However, the biggest challenge is inadequate attention by governments, central and state, in terms of investment in social infrastructure for the aged which prevents the elders’ community to benefit from the good work done by a clutch of sensitive social entrepreneurs.

Also, whatever infrastructure has been developed through philanthropy and private initiative is not reaching the target audience mostly in the absence of good communication. Most initiatives in elder care services do not advertise much or communicate on a universal basis.

The reasons may be attributed to either unwillingness on their part to expend valuable resources on communication or they simply do not wish to as they are not always in a position to meet the rising demands.

Why liveafter60.com?
In today’s world communication is critical, because knowledge is crucial. Even though there are several entities that have come up for specific care to the elderly, there are a host of others that offer a plethora of facilities for all. These organizations also indulge in geriatric care though not exclusively. Their focus is on the community at large.

At liveafter60.com, we felt that people must know. The knowledge of whatever good work is being done should be broadcast. Our venture involves making that effort to aggregate information on the services that are available across cities and also help initiate new ventures in the field of elder care, escort for the aged and other support services.

We are also keen to develop training in elder care which requires utmost compassion to deal with the lives of such people who are very lonely and have virtually none to communicate on a daily basis.

Our initial foray involves integrating all kinds of information on the services that are available at present. Our services will also include opening up channels of conversation with service providers and prospective beneficiaries, understand their needs and devise structured programmes that benefit elders requiring care and the care givers whose services must be sustainable on an ongoing basis. What liveafter60.com Offers:

Apart from enlisting such services, the portal will aim to create a bridge between the care givers and the care takers and help reduce time between need and engagement. The focus will be strongly on both emotional and physical care.

Liveafter60.com also aims to bring the entire trainer and trainee communities together as well and provide a structure through which the entire process of training will focus on compassion towards the elder community and help lead their lives with security and dignity.